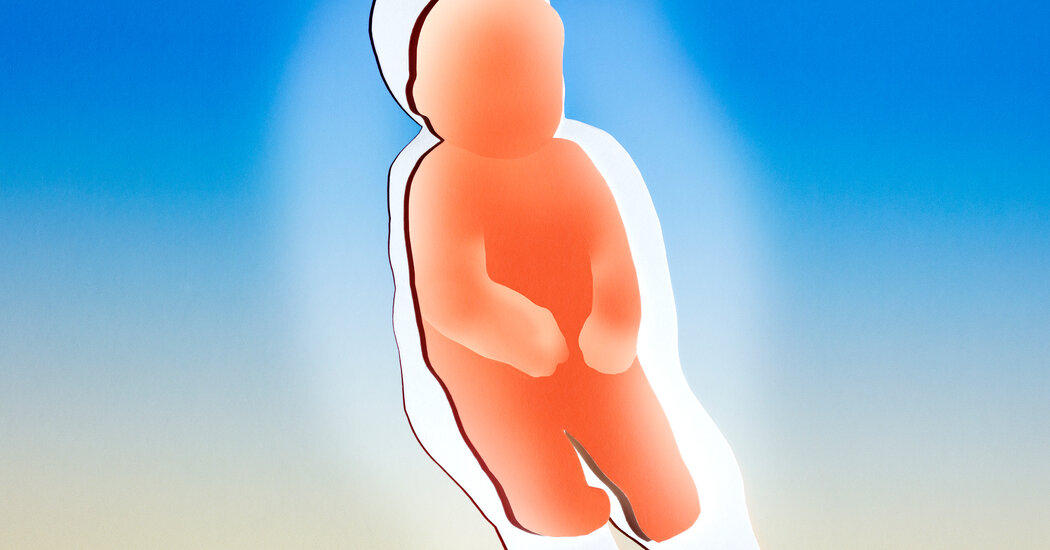 The couple sat in silence as they drove home from Blank Children’s Hospital in Des Moines. Their 5-month-old seemed dwarfed by the baby carrier strapped into the back seat. He was tiny. He hadn’t grown since he turned 2 months old. He weighed just 10 pounds — barely three pounds more than when he was born.

The baby had been breast-fed since birth, but his mother noticed right away that he had more trouble doing that than his three older brothers had. She tried putting her breast milk in a bottle to see if that was easier for her baby to manage. When that didn’t help, she tried adding baby formula. He spit up often; sometimes it looked as if more were coming out than was going in. His pediatrician started him on an acid-reducing medication. It didn’t seem to do much, either.

Other than his size, he looked healthy. He was active. He was able to meet all his milestones. He could hold his head up. He could roll over. His fontanel, the soft spot on the top of his head, was flat — as it should be. His pediatrician counseled patience, but when the boy still hadn’t gained weight at his 4-month visit, she sent blood samples to the lab.

The parents got a call with the results late the same afternoon. The baby had worrisome abnormalities in his blood chemistry. The salt level in his blood was very high, so high it could induce a seizure. It was so high, in fact, that if it wasn’t addressed, he could die. The parents hurried the tiny boy to Blank Children’s Hospital.

Problem in the Brain? Or the Kidneys?

Samples taken in the hospital emergency room quickly confirmed the abnormality. The child’s sodium level was 159, more than 10 points above normal. The high number told his doctors not just that he had too much sodium but also that he didn’t have enough water in his body, that he was very dehydrated.

Normally when there is too much sodium in the body, the brain triggers the urge to drink to bring in more water. The brain also tells the kidneys to hold on to as much water as possible.

The brain communicates all this with a hormone called vasopressin. Problems with vasopressin can cause a disorder first described in the 18th century as diabetes insipidus (D.I.) — a disease producing profuse and watery (insipid) urine.

The child’s combination of high sodium and watery, dilute urine immediately made the doctors suspect he had D.I. His high sodium level should have made his brain send a vasopressin message to his kidneys to hold on to all the water they could. And yet his urine was almost all water. Why? Was the pituitary gland in his brain unable to make the hormone? Or was there a problem on the message-receiving end in his kidneys?

No matter where the problem started, there were medications that could help. The doctors put the baby on two drugs usually used to control high blood pressure, which trigger the kidneys to dump sodium. Almost immediately, the baby’s sodium began to drop. That suggested that the baby did have D.I. If so, was the problem in the brain, where the hormone was made, or the kidneys? How the problem was treated depended on where it originated.

An M.R.I. was done to look for signs of a problem in the pituitary. It looked normal. The problem, his doctors figured, was probably in his kidneys. They sent off samples to look for a genetic reason for his abnormality, but those results wouldn’t be back for weeks.

In the meantime, they continued to give the baby the medications that helped him get rid of the salt. And slowly the levels came down. After a few days on these medications, the baby’s chemistries were completely normal. He should start gaining weight now, the parents were told. But he didn’t. On the day the doctors decided the baby was well enough to go home, he still hadn’t gained a single ounce.

The parents were instructed to feed the child every three hours around the clock to help him get the maximum number of calories. They should follow up with their pediatrician and see a genetics specialist. Then they were sent home. They felt strongly that their baby was not ready to leave the hospital. He was admitted with the diagnosis “failure to thrive,” and he was still not thriving. On the growth chart, he was in the zero percentile. Zero. They made this argument to the boy’s doctors. He’ll gain weight now that his chemistries are normal, they were told. Just give him time.

The child’s parents felt that he didn’t have time, that his life was still in danger. So early the next morning parents and baby were back in the car. They had talked their way into an appointment with the genetics specialists at the University of Iowa Stead Family Children’s Hospital in Iowa City, two hours away. Once they got there, the parents shared their concerns. Was the baby’s inability to gain weight because of his D.I.? Or was there something else going on?

At Blank Hospital, the child had been tested for cystic fibrosis. The test was inconclusive. Dozens of other disorders could interfere with a baby’s growth. Parents and baby were sent to the lab to have blood taken to look for other genetic abnormalities and to the cardiology department to make certain his heart was normal.

The geneticist also wanted the baby to be seen by a pediatric gastroenterologist. It was clear that he was having trouble feeding and seemed to spit up much of what he was able to take in. The geneticist reached out to Dr. Eyad Hanna, who saw the child later that day. It took only a few minutes for the gastroenterologist to decide that the child was too tiny to send home. Like the child’s parents, he worried that if the baby hadn’t been able to gain weight in the hospital, he might not be able to do it at home either. The baby was admitted to Hanna’s care and was started on round-the-clock feedings to try to help him get back on the growth curve. Hanna also reached out to a pediatric kidney specialist, Dr. Pat Brophy, who recommended the addition of plain water to help make up for all the water the boy had lost in his urine. Normally doctors advise mothers not to give their babies water because breast milk has enough water in it. But clearly this was not a normal baby. And because of the baby’s reflux and difficulty nursing, Brophy also recommended the placement of a tube into the baby’s stomach — a gastrostomy or G tube — to make certain he was able to take in enough calories, medications and the much-needed supplemental water.

The baby continued to spit up enormous amounts of the milk and water he received. Usually this kind of spitting up resolves as an infant’s esophagus grows longer and the stomach larger. But this baby wouldn’t grow at all without more nutrition. Hanna recommended the addition of baby formula as well as dried baby food to the milk. He had them enlarge the hole in the bottle’s nipple so the thickened liquid could come through easily.

Back on the Growth Curve

And then they waited. Test results trickled in. He didn’t have cystic fibrosis. His heart was completely normal. But even as the negative results slowly arrived, the baby’s parents could see that he was improving just by getting the calories and especially the water he needed. Every night he would get the equivalent of an eight-ounce glass of water through his G tube. Every day he was fed every three hours to get a total of 1,300 calories. And slowly he began to gain weight — 30-40 grams a day. He stayed in the hospital for nearly two weeks, and by the time he and his parents could go home, he had put on over a pound. It took him a couple more months to get back on the growth curve. Only then did they get the results of the genetic testing, confirming what they already knew: The baby had D.I.

That baby is now 7. He is learning to live with his D.I. He continues to take the medications that help him get rid of his sodium. He has to go to the bathroom often. And he must drink lots and lots of water to replace all that he loses in his urine. He’s not as big as his brothers — not yet, and maybe not ever. But he is still growing and thriving, and as far as his parents are concerned, that’s more than enough.

Lisa Sanders, M.D., is a contributing writer for the magazine. Her latest book is “Diagnosis: Solving the Most Baffling Medical Mysteries.” If you have a solved case to share, write her at [email protected]

‘A Decade of Fruitless Searching’: The Toll of Dating App Burnout