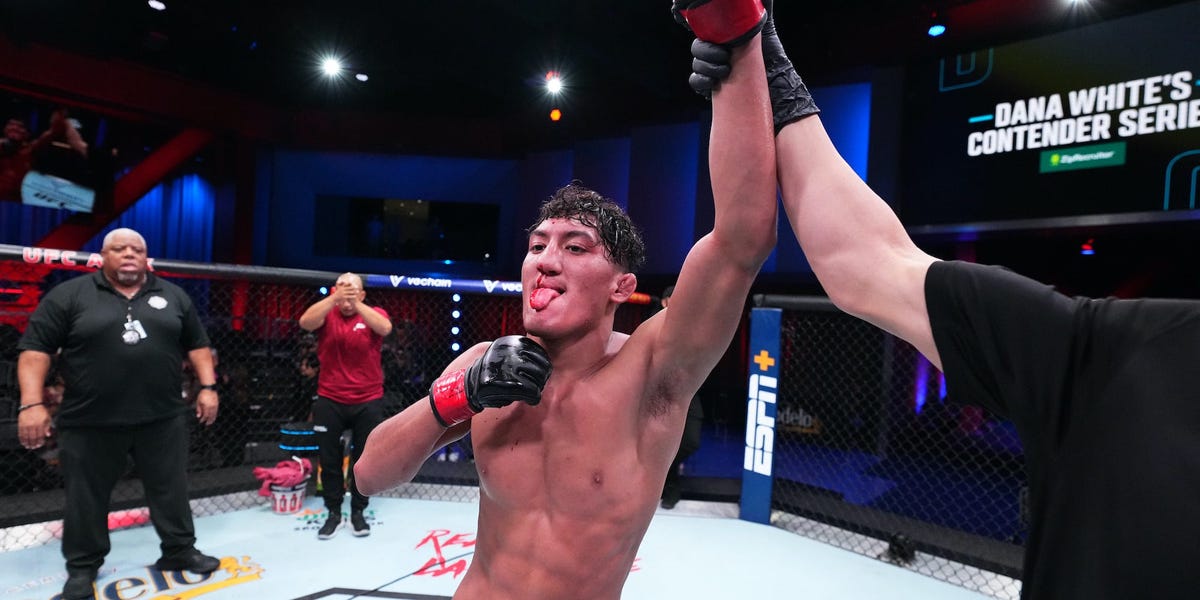 The Contender Series provides White with an outlet to identify up-and-coming talent he wants to funnel into the UFC. You don’t just need to win to earn a UFC deal, you have to do so in impressive fashion.

Jafel Filho scored a thumping knockout to kick off the action.

See the 1-2 punch combination that put Echeverria on the floor right here:

The finish was so good that three of the UFC’s most powerful people — Sean Shelby, Dana White, and Mick Maynard — looked speechless Octagonside.

In the second fight of the night, Nurullo Aliev made it two finishes from two, with a first-round knockout over Josh Wick.

Up next was Austen Lane against Richard Jacobi, a fight which got off to a nasty start due to one of the most brutal low blows you’ll see all year.

Watch the devastating kick to the groin right here:

UFC boss Dana White later told Insider that it was one of the worst low blows he’d seen, and that Jacobi “should have taken the full five minutes” to allow him to sufficiently recover.

Former NFL defensive end Austen Lane maintained the Contender Series run of early finishes by putting Jacobi away in the first round.

Considering his age, Rosas looked impressive in a three-round decision win against Mando Gutierrez at the Apex in Las Vegas.

With his appearance, Rosas became — by far — the youngest fighter to compete on the Contender Series — younger than Chase Hooper (18), Maycee Barber (20), and Sean O’Malley (22).

Amongst the teenager’s box of tricks was this spinning back kick:

And this takedown in which he bamboozled Gutierrez by feinting a flying knee:

In this video from Insider, Rosas can be seen leaving the Octagon, victorious, before exchanging words with UFC boss Dana White: