6 subtle signs of child abuse, and how you can best protect a child from harm 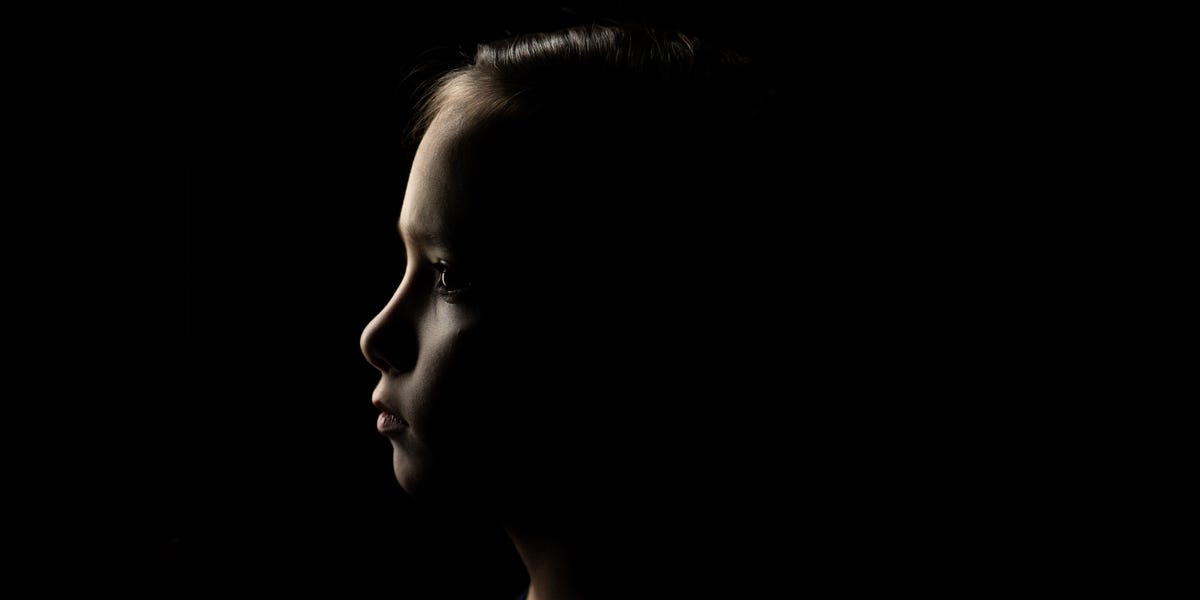 Around 1 in 7 kids in the United States have experienced some form of abuse within the past year. Those particularly at risk are younger kids, kids living in poverty, and kids with special needs.

Regardless of age or demographic, the long-term consequences of child abuse can be severe including psychological issues, substance abuse problems, and increased risks for cancer and stroke.

So how can you help intervene? Most people know to keep an eye out for unexplained bruises or injuries in children. But there are more subtle signs you can watch for, too.

Physical, sexual, and emotional abuse occur when a child is actively harmed, such as when a parent hits their child. Whereas neglect, while a form of child abuse, is the result of parental inaction.

The following signs aren’t necessarily decisive indicators that abuse is occurring, says Christie Mason, a clinical associate professor at the Loyola University Chicago School of Social Work. But they can signal that further investigation is needed.

Somatic symptoms are pains in the body that can’t be explained by known medical conditions. Headaches, stomach aches, and limb pain can all be somatic symptoms.

Somatic symptoms can affect anyone, but studies have shown they’re particularly common in children experiencing abuse. That may be because of how trauma affects the nervous system, says Amy Levine, a clinical assistant professor at the University of North Carolina Chapel Hill School of Social Work.

When kids are placed under stress, they – like adults – experience anxiety, which can in turn contribute to somatic symptoms. Any type of abuse can trigger somatic problems.

Parentification is what happens when a child takes on the role of a parent. In other words, rather than the adult parenting the kid, the kid parents the adult.

“An example is, the parent that has to be gone a lot, the child may step into the role of providing childcare for the younger siblings, making the meals, signing the permission slips for school,” Levine says. “The concern is th

at creates a lot of stress for a child to feel like they maybe have to take on the role of grownups, and that can be really detrimental to their development.”

Parentification is most often associated with neglect, because it often occurs when parents are unable to care for their children themselves, Levine says. This might be due to substance abuse or mental health problems or because of long work hours.

But parentification can show up with other forms of abuse, too, including physical and sexual abuse.

Important: Partentification isn’t always a sign of abuse and can also happen in non-abusive situations. For example, if a child speaks better English than their parents, they may take on more parental responsibilities when the family moves to the US.

One subtle sign of sexual abuse is when a kid has inappropriate sexual knowledge for their age.

Note: An estimated 20% of girls and 5% of boys experience sexual abuse in their lives, with kids between the ages of 7 and 13 years old being most at risk. Kids whose parents are divorced or separated are also more likely to be sexually abused.

“A child in early elementary school might know something along the lines of ‘two people can fit together like puzzle pieces and make a baby.’ But they shouldn’t know specific detail,” Mason says. “If they start sharing things that make it clear they have either witnessed sexual behavior or experienced sexual behavior, that’s a big red flag at certain ages.”

For instance, a young child who plays by miming one of their dolls grinding on another doll probably has inappropriate sexual knowledge, Mason says.

However, she notes that it’s important to pay attention to the situation and context. Precocious kids, for instance, might know more detailed information about sex at a younger age than their peers.

Other warning signs of sexual abuse include:

Bedwetting and other regressions in development, like thumbsucking, can also indicate potential physical or sexual abuse.

It’s not the bedwetting itself that’s a red flag. The key is to look out for a change in behavior, Mason says.

If a child has been consistently wetting the bed for years, that’s probably not a sign there’s something sinister going on, even if they’re past the age at which bedwetting usually resolves.

On the other hand, if a child who was previously potty trained suddenly starts experiencing bedwetting episodes, that’s an indicator of a stressor in the environment that’s affecting them. One such stressor could be sexual abuse, Mason says.

This phenomenon could be tied to a child’s feeling of safety at night, Levine says. “In families [with sexual abuse], there is a sense of fear and isolation, and children may be in situations in which they’re really fearful to be able to move about their house and be able to do what they need to do,” Levine says. If a child doesn’t feel safe getting up to use the bathroom, they may wet the bed.

Abuse is linked to poor academic performance. In particular, abused children have lower literacy and intelligence scores than kids who aren’t abused, according to a 2015 meta analysis.

This is partly due to the fact that kids who experience abuse are more likely to be absent from school. After all, it’s hard to learn the lesson when you’re not present to take it in.

But even “when they’re coming to school, it’s more challenging for them to focus on learning the math lesson in front of them when they’re worrying about what’s going to happen when I go home?” Levine says.

Again, the key is to pay attention to changes, Mason says. If a kid who previously excelled suddenly has a lot of difficulties, that indicates something could be going on behind the scenes.

“It doesn’t necessarily mean abuse is occurring, but children’s behavior doesn’t usually change suddenly for no reason,” Mason says. “Whenever you see something like a sudden change in academic performance or behavior, it’s worth questioning and trying to understand what might be creating stress for the child.”

In cases of sexual abuse and grooming, an abuser may give money, clothes, or other gifts to the victim.

These gifts can incentivize a child to avoid reporting the abusive adult, or even as bribes to encourage sexual contact.

One 2022 study on schoolgirls in Zambia found that many teachers who sexually abused their students gave them gifts or money to convince the girls to perform sexual acts.

If your child starts coming home with presents and you don’t know where they came from, that could be an indicator that someone may be having inappropriate contact with your child, Mason says.

However, she notes that this is relatively uncommon. Most of the time, when a child is abused, it’s by someone known to the victim. That means a parent will probably know where the gifts came from, though they might not realize the person in question is grooming their child.

Giving gifts as a form of reassurance or manipulation is also common in abusive relationships between adults.

Signs to look out for in parents

People often look to kids first for signs of abuse, but parents’ behavior can also indicate when something is going on.

“One of the primary reasons that child maltreatment happens is because parents have something that’s impacting their capacity to safely parent their kid,” Levine says.

Levine adds that, “it’s usually not that they don’t love their child, but maybe they have a substance abuse issue or a mental health issue or maybe there’s intimate partner violence at home.”

Some key behaviors to watch for include a parent displaying a lack of concern for a child, belittling or insulting them, using harsh physical discipline, not noticing when the child is upset, and limiting children’s contact with other people.

When should you report suspected child abuse, and when should you hold off? It can be tricky to know what to do without having all the necessary information, Levine says.

Still, usually, if you suspect there is abuse occurring, you should report the abuse to the authorities. In most places, In most places, you’ll need to provide reasonable suspicion of maltreatment when reporting abuse.

Important: Black and Indigenous families are reported for child abuse at disproportionate rates. It is vital to consider racial and implicit biases before deciding to report a suspected abuse.

In some states, including Florida, Mississippi, and Texas, anyone, of any profession, is required to report suspected abuse. However, in other states, mandated reporting laws only apply to people in certain professions, like teachers and doctors.

You can also talk to a child if you think they may be being abused, to get more information about their situation, Mason says. But it’s important not to overwhelm them and avoid leading or specific questions so they have the freedom to provide their personal account without feeling pressured or judged.

“What you really want to avoid is getting into a situation where you’re interrogating a child and they’re feeling defensive or frightened,” she says.

Speaking to other adults in the child’s life to see if others have made similar observations can also be helpful, she says.

If you believe a child is being abused, you can reach out to:

If you’re a child who is being abused, reach out to an adult you trust and explain what is happening to you. You can also contact one of the above hotlines.

If you interact with children often, it’s important to look out for signs of child abuse.

In addition to common signs of abuse like unexplained bruises or sexually transmitted infections, there are subtle signals you can pay attention to, including chronic somatic symptoms, parentification, and sudden changes in academic performance.

If you have reason to suspect a child is being abused, you should carefully consider the situation and how to go about reporting it to authorities in a way that is safest for the child.

Share
Facebook
Twitter
Pinterest
WhatsApp
Previous articleA man went to hospital with stomach pain. He died eight hours later after doctors found a huge fish bone had pierced his guts.
Next articleMeet Susan, the Queen’s first corgi. She went on her honeymoon in 1947 and most of the Queen’s corgis descended from her.