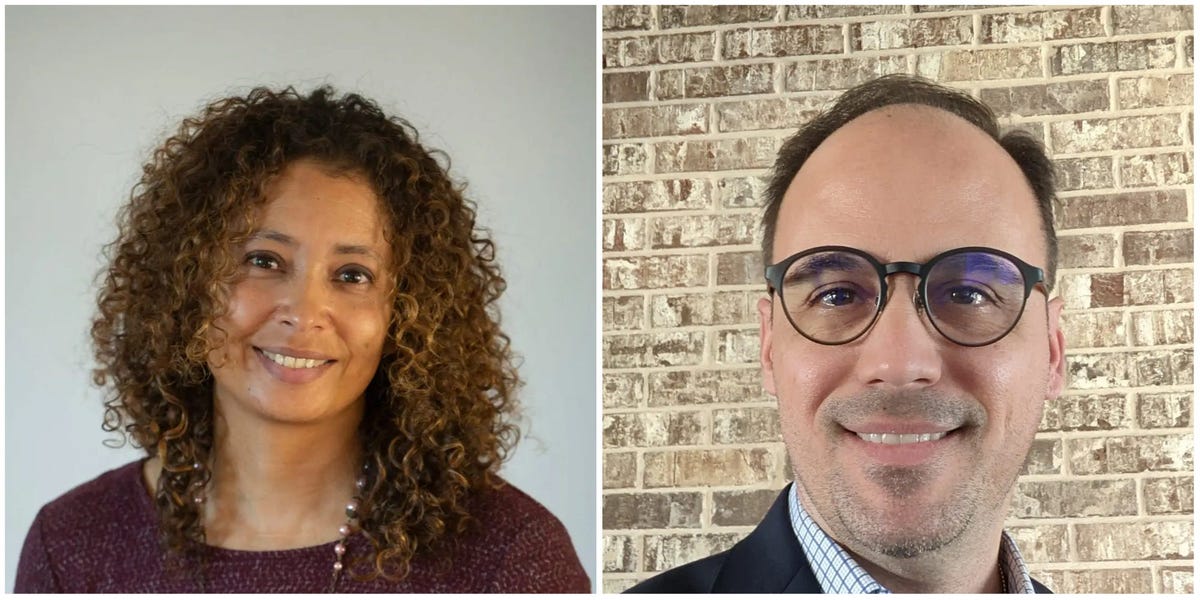 Kara Rubinstein Deyerin grew up thinking she was biracial. When an at-home DNA test indicated she was not, she was shocked.

Deyerin told Insider last month that she’d always believed her father was African American. But when she showed the DNA-test results to her mother, who’s white, her mother said Deyerin was the outcome of a one-night stand with a white man.

Deyerin, 48, runs Right to Know, a nonprofit organization that helps people struggling to come to terms with their identity after finding out that one or both of their parents is not genetically related to them. Deyerin said she’s one of several people who took hugely popular at-home DNA tests and discovered they’d been wrong about their race.

“There are more of us than you think,” Deyerin said in August. Some are white people who found out that one of their parents is a person of color, while others, she said, learned that they are not a person of color but white.

Here are three stories of people who found out through DNA-test results that their race was not the one they’d thought.

These as-told-to essays are based on interviews with Insider’s correspondent Jane Ridley. They have been edited for length and clarity.

Jodi Girard, 49, grew up thinking she was white but found out her biological father was Black.

I was aware as a child that I didn’t really look like anybody in my family, my school, my town, or neighboring towns.

My skin was cocoa, and I had super curly hair. My mom tried to brush it out to straighten it. When I got older, her sister, who was a hairdresser, would run a solution through it. She said it was the opposite of a perm.

I began to think, “There’s only a few options for why I look so different from my family.” But how could I raise something that is so intimate and personal with my parents? It would feel like I was accusing them of lying. My parents loved me more than anyone in the world.

I did Ancestry.com in the fall of 2018, and I found out that the man who raised me wasn’t my dad and that my biological father was African American. A close family match on Ancestry led me to him. It turned out he had a total of nine children, including me.

It was like being smacked in the face with a board. The stupid part is that, even after having looked in the mirror for 45 years, I thought, “How can that be?”

My mom said that my biological father had “taken advantage” of her when she was married and in college. My dad was in Vietnam at the time. I asked her, “Did he hurt you?” and she said no. I didn’t need to know the details.

People have asked me why I wanted to track down my biological dad; they said he sounded “like a monster.” But I wanted to see if there was some humanity in this person that was part of me.

We met at a hotel in July 2019. He’d had a series of strokes and had to communicate by writing things down. He wrote, “I was young and stupid.” Then, “I took advantage of your mother, and I’m sorry.”

Since then, I’ve seen him four times. He’s told me that he loves me every time. I’ve just thought, “You didn’t really know about me.” My attitude is neutral.

As for being biracial, I don’t feel like I fully belong in either place. I’ve asked myself, “Where does that leave me?” I’m trying to bind these two parts of my life together.

John Gibiliro, 47, thought he was white, then discovered he was Latino.

I contacted a good friend as soon as I got my DNA results in December 2018. My dad’s family came from Sicily, but the test said there was zero percent Italian in me. Instead, it showed that half of me was from Puerto Rico.

My friend said, “There’s no way that your dad could be your biological father.”

I called my mom and said, “Would you like to explain why I’m Puerto Rican?” She burst into tears, then she said the name Carlos Rodriguez. He was married but they’d had an affair while she was dating my nonbiological dad.

She said, “Can I not tell your dad?” I said that she had to do it. If he found out further down the road, I didn’t want him to feel like I’d kept it from him. She told my dad, who raised me, the gist, and he hung up on her to call me. He just said, “You’re my son.” That’s unconditional love, right?

Carlos and his family were open and welcoming. They showed me a picture of Carlos in his 40s. My ex-wife said, “He’s even holding his cigarette the same way as you.”

My father’s skin is quite dark. I think that made it easier for my mom to cover things up, despite me being the darkest person in our family.

I’ve immersed myself in the culture of Puerto Rico and talked about the underbelly of racism. People say things in front of other white people that they might not say in front of a person of color. My family always called this guy we knew “Lenny the Puerto Rican.” But when I talked to him properly, he said his parents were from Ecuador. Some white people would say, “Well, what’s the difference?”

I’m a history teacher who has always covered colonialism. Puerto Rico is part of the United States, but it’s not treated like it. One of the positives of my experience is conveying to my students my empathy with immigrants.

Tony Vargas, 50, thought for 46 years that he was Hispanic, but his DNA test indicated he’s white.

I’m book smart but lack common sense sometimes. The day I received my test results in 2018 was one of those times. The implications didn’t hit me at first. I never in my life thought I’d have to question my paternity.

When I called my mother, I was laughing. I said, “You won’t believe this!” I told her that my results showed that I was Jewish, with ancestors in Germany and Russia. “I’m not seeing any Mexican in the mix.”

She hemmed and hawed, muttering a bit about her grandmother being adopted. She sent me a text a few hours later. It simply said, “I need to sit down and talk to you face to face.”

My parents, who’d been high-school sweethearts, ran away to get married when Dad was 19 and Mom was 16. They were together for six months before my dad, whose parents were from Mexico, was sent to Vietnam. Some of her sisters-in-law — the ones who didn’t like her, at least — told her that he was sleeping around out there.

Mom responded by sowing her own wild oats. She was about four months pregnant when my dad came home; she sprang it on him at the airport.

My dad, who is Catholic, said that he needed some time to think about it. Then, a few days later, he told my mom, “We’re married, and I’m going to raise the child as my own.”

They swore to never talk about it again. They’re divorced now, but my dad’s my hero, and I carry his last name with pride.

My mother gave me two leads in terms of tracing my biological dad, but they went nowhere. Then, a few months later, I had what I jokingly call my “Luke Skywalker/Darth Vader moment.” A match had come up on Ancestry.com. My biological father was a Jewish man named Rick Estrin.

He has never shied away from our relationship. He’s welcomed my dad into his life, too.

He doesn’t look like me now, but if you look at photos from 20 years ago, the resemblance is frightening. Our skin color is pretty much the same. I was less tan than my sisters growing up, but I just assumed I had a lighter complexion. My dad told me that his father’s was the same.

Accepting the fact that I’m not Mexican has been challenging. My Mexican/Hispanic heritage is tightly intertwined into my sense of self. The culture is paramount to who I am. I’d cofounded an activism website called Latino Rebels to bring attention to issues affecting Latinos.

But I’m in a pretty good space these days. I’ve described myself in the past as “delightfully strange.” It’s a good icebreaker when I meet people — particularly now.

Do you have a powerful story to share with Insider? Please send details to [email protected]